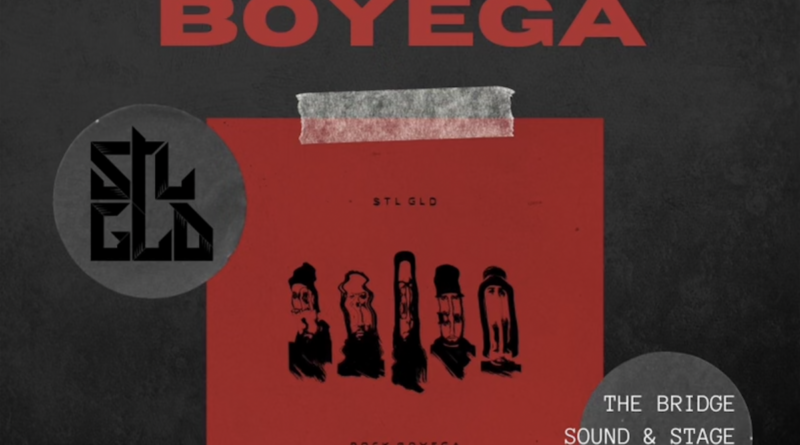 Event News
October 11, 2022October 13, 2022 rgarcia 💥INVITE💥: STL GLD 'Rock Boyega' Exclusive Listening Event on Oct 14
STL GLD’s new album ‘Rock Boyega’ in full a few weeks before it is released worldwide on November 11.
The band is hosting an exclusive listening party on Friday, October 14 @ The Bridge Sound & Stage in Cambridge, MA kicking off at 7PM.
Formed in 2014 by Moe Pope and producer The Arcitype, STL GLD’s powerful message and exhilarating live show has quickly earned them the reputation as one the most exciting bands to come out of New England. The group is also one to confront the status quo head on.
Inspired by the fierce and emotional determination exhibited by John Boyega following the murder of George Floyd, Pope found a kindred spirit in the actor, sharing the same anger and frustration with the world’s continual mistreatment of people of color. The toll this takes on his mental health became the centerpiece of this album, and the inspiration from Boyega fueled his will to fight for balance; the title ‘Rock Boyega’ was born.
Last week the band released the powerful song and music video for “Resisting”, which Consequence named one of the best rap songs released that week.