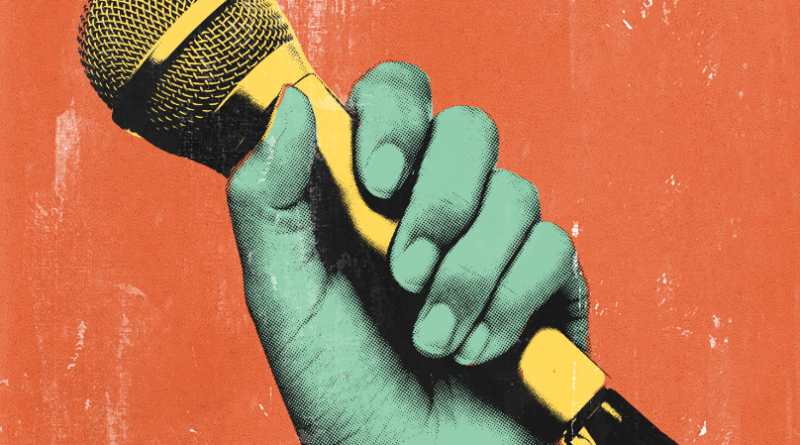 (Jan. 17, 2020 – New York, NY) Brooklyn-based multi-platinum group American Authors pay tribute to their craft with the brand new track “Microphone” available today via Island Records. The track arrives as American Authors hit the road this week for a 34-city tour with Magic Giant (their collaborators on the 2019 single + video “Rocketman”) and Public. The tour, which kicked off this week at the legendary 9:30 Club in Washington, DC, wraps up on February 27th with a New York City homecoming show for American Authors at Webster Hall. (Please see complete itinerary below.)

ABOUT AMERICAN AUTHORS:
American Authors – Zac Barnett (vocals), James Adam Shelley (guitar/banjo), Dave Rublin (bass), and Matt Sanchez (drums) – hail from the four corners of the U.S., but came together at Boston’s Berklee College of Music in 2006. They soon left Berklee, moved into a small apart­ment in the Bushwick section of Brooklyn, and started a band, releasing a series of indie EPs over the course of five years. After lighting up SiriusXM Alt Nation radio with their debut #1 single “Believer” and attracting (what became) over 8 million YouTube views for the viral “Believer” video they created with their cell phones, they were signed to Island Records in 2012. With the success of the inescapable and instantly recognizable “Best Day Of My Life,” their debut LP Oh, What A Life went Top 5 on the Rock Albums and Alternative Albums charts, Top 15 on the Billboard 200, and was RIAA certified gold. “Best Day Of My Life” was a 3x-platinum career-defining track that went on to reach #1 on Hot AC and Top 5 at Pop while receiving countless film, television, video game, and sports syncs. Their second album, 2016’s What We Live For included the title tune along with “Grow,” and the sync friendly hit “Go Big or Go Home.” Seasons arrived in 2019, containing “Deep Water,” “Say Amen” featuring Billy Raffoul, and “I Wanna Go Out.”