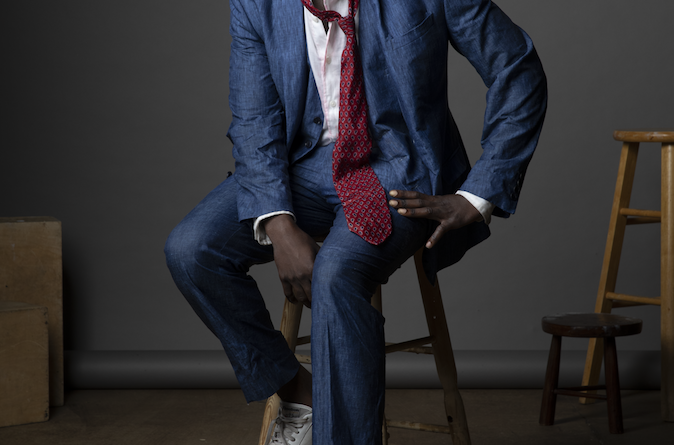 News
January 29, 2021 rgarcia ACTIVIST, ARTIST, RAPPER NATHAN NZANGA RELEASES SHORT FILM 'enough.' TODAY, SINGER
Seattle, WA (January 28, 2021) – Seattle based artist/activist and first-generation Congolese-American Nathan Nzanga today premieres his powerful Oscar-qualifying short film, enough. today at 9AM PT/Noon ET.
Directed by award-winning filmmaker and Eminem collaborator, Slain, the film will premiere on Nathan’s YouTube Channel and will be followed by a panel discussion. Inspired by the film’s powerful message of utilizing vulnerability as a bridge to confront racism, the panel “The Societal Impact of Art & Storytelling,” boasts a selection of prominent filmmakers, activists, authors, and artists and will premiere at 1PM PT/4PM ET.
Both the enough. film and the panel discussion can be viewed on Nathan’s YouTube channel.
https://www.youtube.com/c/NathanNzanga/videos?view=0&sort=dd&shelf_id=1
The panel will be moderated by Chris Jenkins, former Washington Post editor, producer, and writer behind the YouTube Original film Trapped: Cash Bail In America, leading the discussion with the question: What can art do that politics can’t? The panel also features the renowned orator, author, and educator Michael Eric Dyson, and celebrated public speaker, criminal justice activist, and Co-founder of Freedom March NYC Chelsea Miller.
enough. is the culmination of Nathan’s art and activism. Throughout the film, he uses clips he filmed for The 5000 Days Project depicting growing up as a Black teen in America. The film follows the narrative lyrics of Nathan’s songs inspired by the events that transpired during the Black Lives Matter protests following the murder of George Floyd.
Following the initial interview videos, the film becomes a visual portrayal of Nathan’s 2016 song, “Truce” which is a prequel to the 2020 song that follows, enough. “Truce” is an altruistic view of the relationship between the BIPOC community and the police while enough. is a rallying cry, written after four years of growth, activism, and a more mature view of the world.
Nathan says, “I wrote the song ‘Truce’ while I was a student at Prodigy Camp learning to discover my voice. Four years later, I felt inspired by the energy of the protests following the murder of George Floyd. That tragic event happened underneath the cloud of the pandemic and like many others I was confused, and I was hurt. I continued to create and the result was enough..”
He continues, “My passion for music has always been the positive influence it has on all different kinds of people. With the enough. film, the goal was to showcase vulnerability in a way that helps people in overcoming their difficulties in discussing racism.”
The production of the film was a grassroots, volunteer effort by Nathan’s peers at the Prodigy Camp. A Seattle-based nonprofit, Prodigy Camp is dedicated to helping young artists, filmmakers, and musicians explore what it means to be a storyteller by bringing their narratives to life.
If interested in supporting enough. and future programs dedicated to ending racial injustices, please visit the film’s GoFundMe:
https://charity.gofundme.com/o/en/campaign/evolution-to-revolution