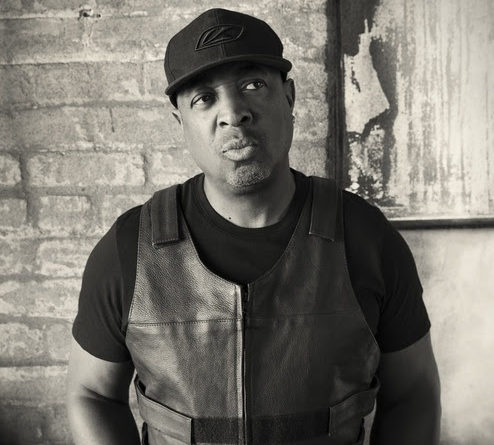 News
October 24, 2019 rgarcia Chuck D To Receive 2019 Woody Guthrie Prize
TULSA, Okla. (October 23, 2019) – Hip-hop icon, author and social activist Chuck D will receive the 2019 Woody Guthrie Prize, honoring the artistic pioneer’s long career of bringing social issues to light through his music, writings and activism.
The Woody Guthrie Center will present Chuck D with the recognition on November 16 at Cain’s Ballroom in Tulsa, where the center is located. Ticket information will be available soon.
The Woody Guthrie Prize recognizes artists across media who have utilized their talents to speak for those without a platform. Past recipients of the award include John Mellencamp, Norman Lear, Kris Kristofferson, Mavis Staples and Pete Seeger.
Through his decades as a hip-hop innovator, founder of the highly influential group Public Enemy, member of Prophets of Rage and as a distinctive solo artist, Chuck D has deployed his art to bring to the forefront issues facing the African-American community. With an emphasis on social justice — told in Chuck D’s commanding voice with thought-provoking lyrics on top of a complex wall of sound that demand the listener’s attention — Public Enemy became one of the most recognized and revered groups in hip-hop and popular music at large.
“Woody was a fighter for the people, and Chuck D’s message has consistently aligned with Woody’s: choose a side, fight the power and work for a better world,” said Deana McCloud, director of the Woody Guthrie Center.  “We are honored to recognize Chuck’s work as he shines a light on social and cultural issues through his words and encourages us all to take action for equality and justice. We know that Woody would be rapping right alongside him as he speaks truth to power.”
Born in Queens, New York, in 1960, Chuck D formed Public Enemy at the dawn of hip-hop, with the group releasing its debut album in 1987. Public Enemy’s first four albums were each certified platinum or gold, demonstrating that songs with a social consciousness could also be commercially successful.
Chuck D has released four solo albums and recently helped form the supergroup Prophets of Rage with Public Enemy band mate DJ Lord, three members of Rage Against The Machine and Cypress Hill rapper B-Real. Chuck D has also taken his social justice work outside the recording studio, helming shows on the groundbreaking radio syndicate Air America and as a spokesman for activist organizations Rock the Vote, the National Urban League, Americans for the Arts Council and the National Alliance for African-American Athletes.  Chuck D also wrote the seminal history of hip-hop, “This Day in Rap and Hip-Hop History,” in 2017.
As a member of Public Enemy, he was inducted into the Rock and Roll Hall of Fame in 2013.
About The Woody Guthrie Center
The Woody Guthrie Center, opened in 2013, features state of the art exhibits, an extensive outreach and education program, and a concert series to bring his legacy to Tulsans and those who make the pilgrimage to what is a destination for Woody Guthrie fans worldwide.
The Center is more than a museum; instead, it is a center of investigation for inspiration. By providing examples of Guthrie’s ability to use his creativity as a way of expressing the world around him, we hope to encourage others to find their voices and, through their educational programs, explore the power that lies within the creative process. For more information, please visit www.woodyguthriecenter.org.