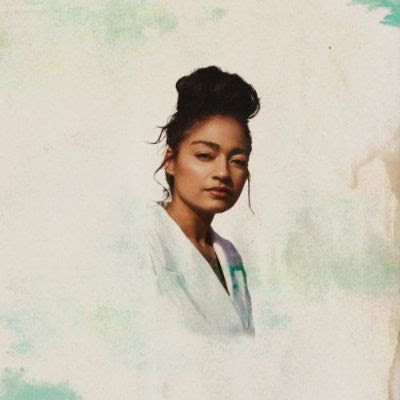 SET TO HEADLINE THE MOROCCAN IN L.A. ON 11/4
PURCHASE TICKETS HERE

Today, Dana Williams releases her brand new single “Do No Harm” on Island Records. Following the serene vocals of recently released track “Holiday,” Williams is back with an infectious track which pairs her signature dreamy vocals and flawless falsettos. The tune’s catchy hook tops atmospheric guitar chords and a fast, punchy drum beat. Co-written by Dana and co-produced by Alex Da Kid and Cobaine Ivory, “Do No Harm” is Dana at the top of her game.
“With “Do No Harm,” we wanted to experiment with a rawer sound,” Dana says on the new single. “I love how it’s melodic and defiant at the same time.  It’s empowering and makes me want to stand up for something.  The title draws inspiration from the promise of care that doctors have for their patients. That sentiment in a romantic relationship means you are entrusting yourself to another, in the hopes that they will treat your heart with care. But sometimes the best way to “do no harm” in a relationship is to get out of it and disappear.”
Be sure to catch Dana as she headlines the Moroccan in LA on November 4th! Tickets can be purchased HERE.

ABOUT DANA WILLIAMS:
Growing up in L.A. and New York, Williams first began experimenting with songwriting in middle school, often in collaboration with her father: the late David Williams, a rhythm guitarist who performed on such iconic songs as Madonna’s “Like A Prayer,” Stevie Nicks’s “Stand Back,” and Michael Jackson’s “Billie Jean.” “My dad also produced music, and a lot of times he’d bring home a track and tell me, ‘Write a verse here, a chorus here, another verse here,’” Williams says. “It was just a fun thing we did together, but it taught me how to write.”

Within a year of booking her first show, Williams made her debut with The Lonely One—a 2013 EP whose opening track, “Keep Me Waiting,” earned the distinction of being the only original vocal composition featured in Damien Chazelle’s Oscar-winning film Whiplash. Delivering her sophomore EP Let’s Fall in 2015, she then switched her focus to releasing singles, putting out a track a month for over a year. She also appeared as a featured artist alongside Aminé on Rejjie Snow’s “Egyptian Luvr”—a January 2018 single that’s garnered over 20 million streams on Spotify to date. Later that year, Williams caught the attention of Alex Da Kid, who signed her to KIDinaKORNER and soon set the making of her major label debut in motion.