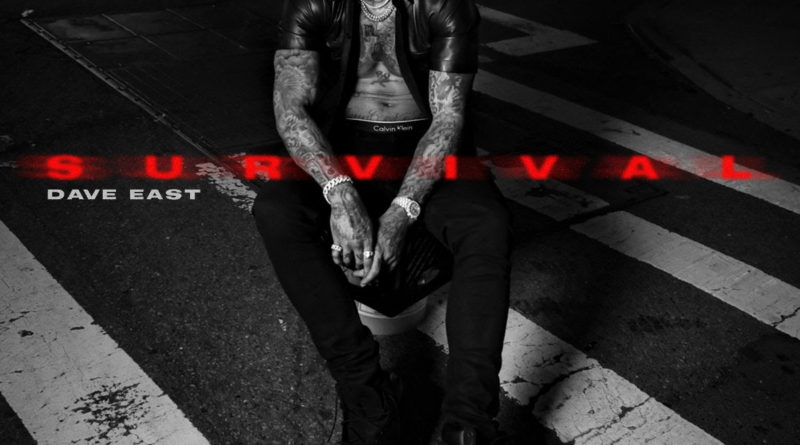 “Dave East has not only survived, but is increasingly flourishing. He’s still a young man, but the new project is very much about taking stock of where he’s been, the hurdles he’s overcome, those he’s lost along the way, and the long way he still has to go” – Billboard

“After a meteoric rise over the last few years, Dave East is in for his biggest year yet. Not only is the Harlem rapper starring as Method Man in Hulu’s Wu-Tang: An American Saga, he’s just set a fall release for his full-length studio debut, SURVIVAL.” – Consequence of Sound

Dave East has gained added exposure for his dramatic portrayal of Method Man in Wu-Tang: An American Saga, the 10-episode HULU mini-series that pre­miered in September. A fic­tion­alized drama, An American Saga was created by Wu-Tang Clan leader RZA and Alex Tse(Watchmen, Superfly 2018). Executive producers include Brian Grazer and Method Man. It is noted that W-TC’s Method Man and Ghostface Killah have enjoyed long stints as Def Jam solo artists. View trailers for An American Saga HERE.

With the release of SURVIVAL today, the 14-day countdown is on to the November 22nd opening of the Dave East Survival Tour Part 1, at the Masquerade in Atlanta. Tickets are selling-out quickly for the first leg of shows in the U.S., before the tour moves to the UK and Europe in December.  (Please see tour dates below.)

In support of the SURVIVAL album release, and upcoming Survival Tour Part 1, the Dave East D2C Store was officially launched two weeks ago.  Online purchases at the store, including hoodies, tees, shorts, cellphone cases, and so on, will include a digital download ofSURVIVAL. Go to: https://shop.daveeastmusic.com

SURVIVAL follows up ‘Survival Pacc,’ Dave East’s two-song summer EP, which comprised“Wanna be a G” featuring Max B, and “Everyday” featuring Gunna (both tracks included on the SURVIVAL album). The menacing video for “Everyday,” directed by Andrew Sandler, features Dave East at a high stakes poker game, intercut with Gunna trading bars with East in a dimly lit room – watch it HERE.

ABOUT DAVE EAST:
Praised for his lyricism and raw storytelling, and blessed with a loyal New York following, Dave East is one of the most promising rappers on the scene today. Born and raised in Harlem, he was inspired by older generation East Coast rappers ranging from Notorious B.I.G. to Styles P, Jadakiss, Cam’ron, and Big Pun. After a college basketball stint, Dave’s attention gravitated full time to music. Starting in 2010, an array of highly praised mixtapes earned him widespread recognition in the hip-hop community. His seventh mixtape, 2014’s Black Rose caught Nas by surprise, resulting in Dave’s signing to Nas’ Mass Appeal imprint.  Subsequent mixtapes Hate Me Now (2015) and Kairi Chanel (2016, named for Dave’s daughter), boasted a collective guest list topped by Nas, Styles P, Pusha T, Jadakiss, 2 Chainz, Fabolous, Cam’ron, Beanie Sigel, Rico Love, and The Game, to name a few.  Kairi Chanel led off with the storytelling visual for “Keisha” followed by “Type Of Time”, with over 12 million combined YouTube views to date. After nabbing a spot in the notorious XXL Freshman Class of 2016, Dave arrived on the Def Jam roster late that year.  He finished out 2016 by joining Lin-Manuel Miranda, Nas, and Aloe Blacc for “Wrote My Way Out” on the critically acclaimed The Hamilton Mixtape.  Dave was next heard on “Gold Digger” featuring A-Boogie, from Def Jam’s Direct Deposit Vol. 2 comp­ilation (February 2017).

Dave’s 13-track Def Jam debut mixtape EP Paranoia: A True Story (August 2017) took off with the single “Perfect” featuring Chris Brown, whose video boasts over 40 million combined YouTube views to date.  The Paranoia 2 mixtape followed in January 2018.  It was supported by a 10-minute short film, “The Hated,” a gritty drama centering on two childhood friends who get caught up in the street hustle that eventually lands one of them in the Rikers Island lockup.  Dave’s profile was amped considerably on his 23-city cross-country “Paranoia 2 Tour” of the U.S. in January-February 2018.  He then jumped into the ring for Beloved (October 2018), a mixtape collabo with invincible Yonkers MC Styles P.  The project spun off a single, “We Got Everything,” whose video starred both MCs.  Dave segued into headlining his 23-city “Get It How I Live Tour”of the U.S. in November-December 2018.  In addition to his features on over a dozen singles, Dave has collaborated on tracks with A-listers 2 Chainz, Fabolous, Trey Songz, Styles P, Meek Mill, and fellow Harlem mc Smoke DZA, to name a few.