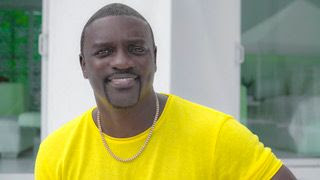 INTERNATIONAL SUPERSTAR AKON GEARS UP FOR GLOBAL MUSIC TAKEOVER
EL NEGREETO, AKONDA, AND THE KONNECT
DUE OUT THIS OCTOBER!
“CAN’T SAY NO” THIRD MOST ADDED SINGLE AT URBAN MAINSTREAM RADIO FORMAT!!
“CÓMO NO” FEATURING BECKY G VIDEO TO EXCLUSIVELY PREMIERE ON MTV LIVE AND MTVU

(New York, NY – September 5th, 2019) – International superstar Akon will release three projects in October and another one later this year. Each album will be released under a different leg of his label group, respective of its genre. El Negreeto, a complete Latin project is due out October 4 and will be released under the Ke Lo Ke label. Akonda, self-titled after his Afrobeats label drops October 18 and Konnect, which reflects classic Akon hits will be released on October 25. To top it off, Akon will bless fans with a collaboration project, The Konnection which hits digital platforms this December. Each of these projects mirror Akon’s versality and true entrepreneurship spirit as he gears up for a global music takeover!

Akon has created a worldwide platform that not only recognizes US mainstream acts but also talent that hails out of Latin America and the Caribbean as well as his own diasporic roots across Africa. This global music takeover is Akon’s stamp on the world and his message is loud and clear, we are all connected through a universal language – music.

He is teasing fans with single releases from all three projects. “Get Money” was the first single off his upcoming Latin album, El Negreeto. He also dropped two singles off his Afrobeats album, Akonda, “Low Key” and “Wakonda.” The hilarious visuals for “Wakonda,” which stars West African comedian, Michael Blackson, premiered on World Star Hip Hop earlier this month and was released alongside his latest single “Benjamin,” to appear on Konnect. And in even more exciting news, “Can’t Say No,” the follow up single off of Konnect is the third most added song at Urban Mainstream Radio Format! To keep the momentum going, Akon will drop the visuals for his follow up single, “Cómo No” featuring Becky G, off his Latin project. The video will make its world broadcast premiere on MTV Live, MTVU, and the iconic Times Square Viacom billboards as well as MTV’s global network of more than 60 channels.

The entertainer and entrepreneur is excited to release new music but even more excited to truly recognize and build international talent. In his career, Akon has sold over 35 million albums worldwide and received 5 Grammy Nominations. Firmly established as a successful pop artist, his extensive touring and collaborations with David Guetta and Daddy Yankee to Aventura– has given him credibility across musical genres and around the world setting him up to execute his vision to create the Akonik Label Group (ALG) which provides him with an infrastructure to release music from every region of the world.