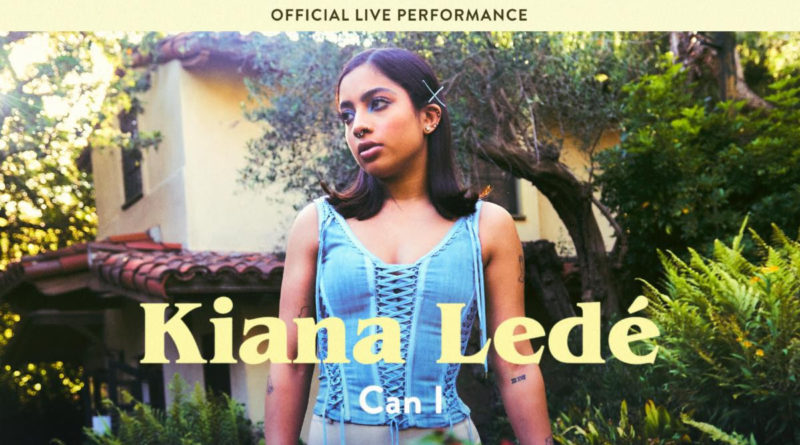 Video
August 27, 2019 rgarcia Kiana Ledé shares her live Vevo LIFT performance of "Can I" today
KIANA LEDÉ
SHARES HER VEVO LIFT PERFORMANCE FOR
“CAN I”
Vevo announces the release of LIFT artist, Kiana Ledé’s, second piece of content for “Can I” from of her new Myself EP. Vevo’s LIFT initiative connects today’s up-and-coming artists to audiences around the globe through video content. Launched in 2011, Vevo’s artist development program shines a spotlight on the world’s freshest new talent. Vevo LIFT alumni include the likes of Sam Smith, Halsey, Khalid, Jorja Smith, SZA, Julia Michaels, Billie Eilish and CNCO. Ledé’s LIFT performances follow those of Def Jam Recordings’ YK Osiris, who recently premiered a live version of his hit “Worth It” as well as a short film, “YK Osiris: Young King.”
R&B starlet Kiana Ledé has quickly developed from childhood phenom to one of the world’s most promising and intriguing young stars. A true mix of cultures, African, Latino and Native American, Kiana crafted her own unique vocal sound into a natural blend of these global, expressive influences. Kiana dropped her Selfless EP, featuring “Show Love” and “Ex” in 2018 after previously starring in MTV’s Scream and having a track on the chart-dominating Official Soundtrack for Fifty Shades Freed. A Vevo DSCVR alum, Kiana’s LIFT content will include live performances of an assortment of tracks from her new Myself EP.
“For my Vevo LIFT session, I reimagined ‘Can I’ with harp, strings and piano, because when I was younger and in Orchestra, I developed a real love and admiration for classical music and the beautiful arrangements,” said Kiana Ledé. “With ‘Shawty,’ I wanted to highlight and bring out that brightness and playfulness that I felt when I wrote it. The little Reggae vibe at the end was totally impromptu on day of shooting with Vevo. We just stumbled into it and had to finish it that way. You can see how much fun we had doing that in the final performance and I’m thankful to Vevo for making my vision come to life.”
Keep up with exclusive content from artists all over the world at YouTube.com/Vevo.
About Vevo
Vevo is the world’s leading all-premium music video and entertainment platform. With over 400,000 videos and 26 billion views a month globally Vevo connects artists with audiences from all over the world, providing exclusive music content, original programming and official music videos to fans.