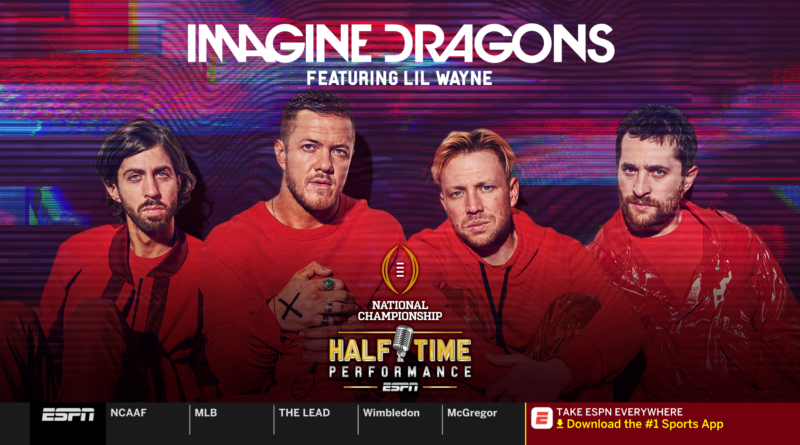 Multi-platinum and Grammy-Award winning Lil Wayne will join a special performance by Imagine Dragons during ESPN’s half time presentation of the College Football Playoff National Championship Game Presented by AT&T on January 7.

While Clemson faces Alabama in the National Championship Game from Levi’s Stadium, the halftime show will originate from Treasure Island, located in the San Francisco Bay. It will be part of a larger National Championship viewing party ESPN is hosting on the island. Admission is free for fans who have secured passes for the event, which have been fully distributed.

Imagine Dragons—the #1 streaming group of 2018 and KIDinaKORNER / Interscope Records recording artist—will perform several songs including tracks from their latest album Origins. They will be joined on stage by Lil Wayne for a special collaboration.