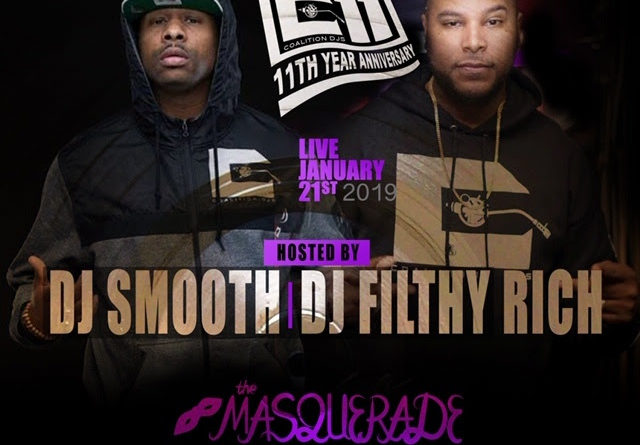 About The Coalition DJs:

The Coalition DJs were assembled in 2008 as the brainchild of Atlanta music exec, Xavier Hargrove (DJ Big-X). After nearly 10+ years of watching DJ Funky, DJ X-Rated, and DJ Nando establish their names individually via popular Atlanta gentlemen’s clubs such as Jazzy T’s, Strokers, and Magic City, X felt that combining their efforts would make them a force to be reckoned with in Atlanta’s booming urban nightlife and music scene.

With their expansive network, the Coalition DJs have broken records for artists such as Future, Young Jeezy, Lil Baby, Ca$h Out, Travis Porter, Waka Flocka, 2 Chainz, Gucci Mane, Shawty Lo, T.I., Jermaine Dupri, and many others.

The Coalition DJs were recognized in the [Wall Street Journal in 2013 and also received the “DJ Crew of the Year” award in 2014 at the Diamond Awards.