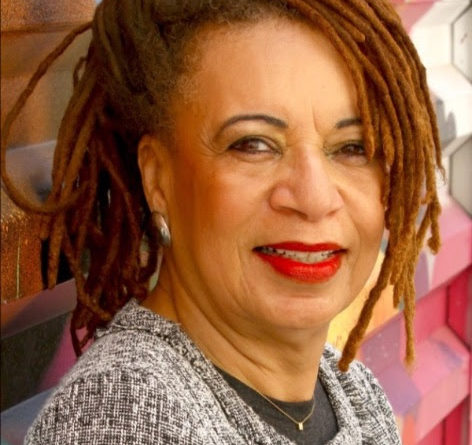 (April 9, 2019 – New York, NY) Today, Executive Director of the Universal Hip Hop Museum, Rocky Bucano, announces the appointment of respected music industry veteran, Nana Carmen Ashhurst, as UHHM Chairwoman of the Board. Ashhurst takes on the position recently vacated by Hip Hop legend, Kurtis Blow, and her responsibilities begin immediately.  The Universal Hip Hop Museum (UHHM) is slated to break ground in the Bronx in December 2019 and is scheduled to open its doors in 2023 in Bronx Point.

Commenting on joining the UHHM, Nana Carmen Ashhurst says “It is important that the history and culture of hip hop be told by those who created it, lived it, and continue to change the course of popular culture throughout the world.  At UHHM, we are curating artifacts and stories to tell the full truth of hip hop, ensuring that the history is told by us, the hip hop community.” In addition to being the public face for the UHHM, Ashhurst’s responsibilities will include full oversight of the museum’s development and operations including archives, curriculum development, programming and strategic partnerships.

UHHM Executive Director, Rocky Bucano adds “I am delighted to have Nana Carmen Ashhurst in the role as the museum’s Chairwoman, she is the best and most qualified to serve in this capacity.  Nana’s strong leadership skills and philanthropic experience are just what the UHHM needs as we prepare to break ground later this year. I would also like to thank Kurtis for his tireless support and work on behalf of the UHHM. His efforts have taken us far and I wish him nothing but success on his next endeavor.”

Ashhurst is best known in the music industry for her decade at Def Jam Recordings, Inc., where she was the first and only woman president of the label. Under her leadership, the organization grew from 9 employees to 141, with offices in NY, LA and London. During her tenure, the label earned platinum records for Public Enemy, LL Cool J, and Slick Rick amongst others.  A modern-day renaissance woman in her own right, Ashhurst has embraced multiple professions, from the producer of the Russell Simmons’ Def Comedy Jam, to development specialist, minister in the A.M.E. Zion Church, philanthropist, and activist. Additionally, she was named one of Ebony Magazine’s “One Hundred Most Promising Black Women in Corporate America,” and is the proud recipient of the Black RadioExclusive President’s Award.

Ashhurst joins a growing list of bold-face names to join the UHHM, that includes the recent addition of Hip Hop pioneer, Chuck D, as Chairman of the Celebrity Board.  The museum is slated to break ground in Bronx Point in December 2019 and the opening in 2023 coincides with the 50th anniversary of Hip Hop.

About The Universal Hip Hop Museum
Anchored in the birthplace of hip hop culture, the Universal Hip Hop Museum will break ground in the Bronx in 2019. Built as a space for audiences, artists, and technology to converge and create unparalleled educational and entertainment experiences, the museum is slated to open in Bronx Point in 2023. The UHHM will celebrate and preserve the history of local and global hip hop music and culture past, present and future.