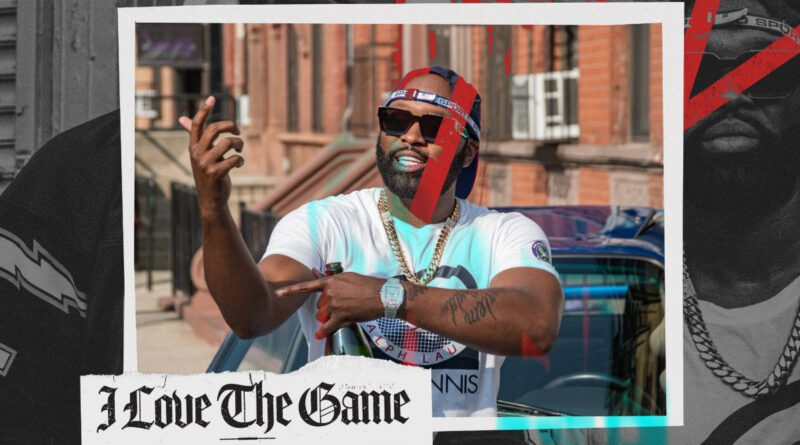 Rapper Nym Lo enlists fellow Harlemite Dave East on the Statik Selectah (Nas, Jadakiss, 2 Chainz, & etc.) produced track “I Love The Game.” The single showcases Lo’s smooth rhymes over Statik’s nostalgic jazzy beat. The video, directed by Frankie Fire, comes like a scene straight out of Paid in Full, with Nym Lo & East trading verses like stories of Ace & Mitch. “I Love The Game” is the debut single off Nym Lo’s forthcoming album, due out later this year. Nym Lo has worked with Curren$y, Benny The Butcher, and Bun B, among others.

Nym Lo’s intro into the music industry came by way of the rap battle circuit. In 2018, he released his debut project, Big Horse. The critically acclaimed project was a compilation of songs that embodied his life’s experiences to that point. “When you don’t have that kind of pressure,” Lo says, “and you can literally go in there and do whatever you want, you’re gonna get some of your strongest work because it’s the most natural.” The authenticity quickly drew in fans, garnering over a million streams across digital platforms. In support of the project, he created a line of high-end, customizable sweatsuits, which doubled as a source of income and a unique touchpoint allowing Nym Lo to further connect with his fans. In 2019, Lo released his follow-up, High Horse, and in early 2020 released the 4 Series EP and spent the rest of the year working on High Horse 2, which was released at the top of 2021, all produced by 183rd St. Both received rave reviews from fans and critics alike. Nym Lo’s music has always stood as a celebration of the rewards of years of hard work and sacrifice, offering a different perspective on the journey that, for he and so many of his peers, started in project staircases and hallways.