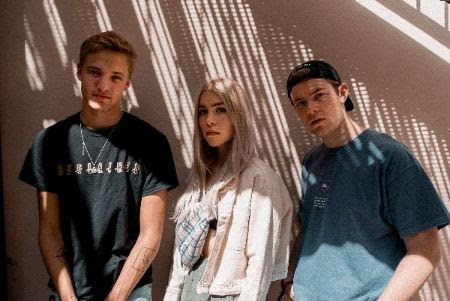 Swedish duo NOTD have unveiled the official video for latest single ‘Keep You Mine’ featuring singer-songwriter and fellow Swede Shy Martin, out now. The emotive visuals document the deeply affecting period that follows a breakup, when both parties struggle with coming to terms that a breakup is necessary in order to strengthen their relationship in the long run.  Masterfully combining electronic and organic elements, ‘Keep You Mine’ has hit the ground running following release earlier this month, garnering over 5 million streams and 1 million views of the official lyric video. The touching, highly relatable official video for ‘Keep You Mine’ is an ideal pairing for the track’s understated yet energetic vibe.

NOTD have amassed over 650 million streams from their own productions and a further 200 millionremixing high-profile artists such as Ed Sheeran, Shawn Mendes, Years & Years, and Stanaj. The duo, consisting of Tobias Danielsson and Samuel Brandt, are also certified 2x Platinum in Australia,Platinum in Sweden, Canada, and Norway, as well as Gold in the US.. With over 200 million streams,their global smash “So Close” hit #1 on the Billboard Dance Club Songs chart, #1 on the Dance/Mix Show Airplay chart and claimed real estate on 1,400 key Spotify playlists ranging from Today’s Top Hits and Dance Pop to TGIF.

Meanwhile Shy Martin has previously been nominated for a number of awards in Sweden, including twoP3 Gold awards, a Swedish Grammy. She has also won a Swedish Publishing Award for bothBreakthrough & International Success of the Year and written hits for The Chainsmokers, Kygo, Ellie Goulding and Bebe Rexha.