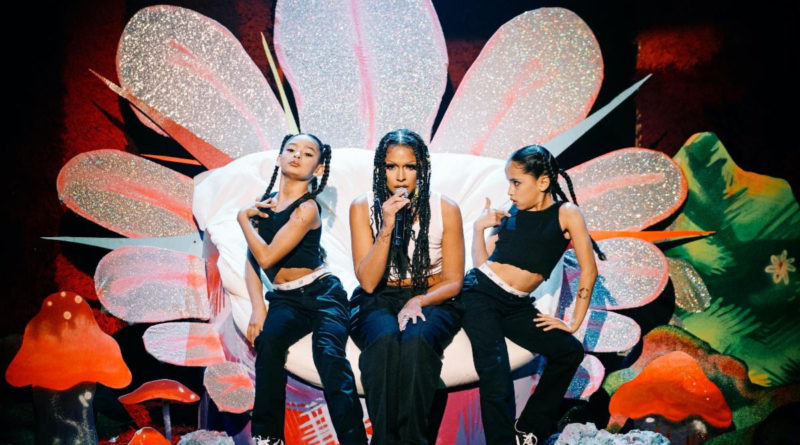 Event Video
February 28, 2020February 28, 2020 rgarcia Princess Nokia's debut on Corden
Wanted to make sure you caught Princess Nokia’s debut late night performance last night on The Late Late Show With James Corden. WATCH HERE!
Princess Nokia will be celebrating the release with a hometown party tonight at Superchief Gallery. If you are in town let us know if you want to come by.
date: thursday feb 27
address: 1628 Jefferson Ave Ridgewood NY 11385
time: 8PM – 12PM
Princess Nokia just released and unprecedented two new albums in one day: Everything Is Beautiful and Everything Sucks. She performed a medley of “Practice” and “Green Eggs & Ham” from both albums on Corden.
Everything is Beautiful a representation of the sensitive, introspective, feminine side of the gender fluid artist, aptly the album was written and recorded over the course of 2 years. Hear it HERE
Everything Sucks,  a representation of the brash and ruthless, masculine side of Princess Nokia, this insistent LP was written recorded in just one cathartic week in the studio. Hear it HERE