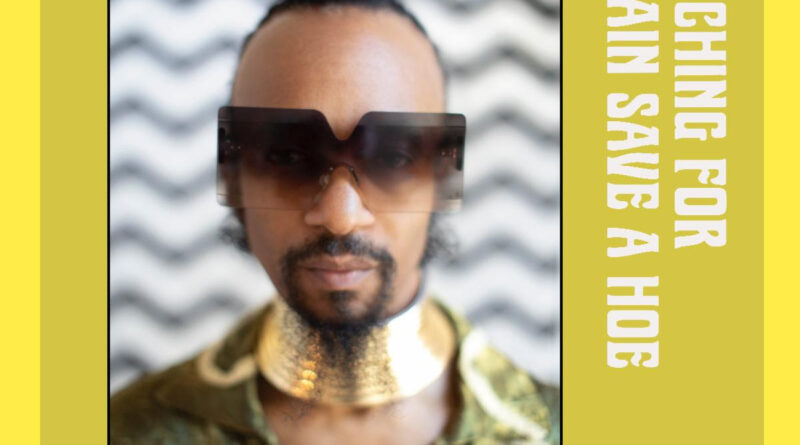 DJ Platform Rap
September 22, 2020September 24, 2020 rgarcia rap legend E-40 collabs with Fantastic Negrito; new video out today
2x GRAMMY® Award-winner Fantastic Negrito has announced today’s premiere of “Searching for Captain Save a Hoe (Feat. E-40),” a thought-provoking modern reinvention of legendary Bay Area rapper E-40’s 1993 classic, “Captain Save A Hoe.” An equally inventive companion video was directed by Isaiah Frazier and is streaming now at the official Fantastic Negrito YouTube channel joins the track.
“SEARCHING FOR CAPTAIN SAVE A HOE (FEAT. E-40)”
“Searching for Captain Save a Hoe (Feat. E-40)” marks the latest single from Fantastic Negrito’s acclaimed new album, HAVE YOU LOST YOUR MIND YET?, available now via Cooking Vinyl and the artist’s own Blackball Universe. The track sees Negrito and E-40 – both Oakland icons and undeniable vocal powerhouses – creating history with an intense exploration of self that forces the listener to explore the concept of being emotionally vulnerable and the corresponding associations, labels, and mentalities humans often attach to that vulnerability.
“Working with E-40 is like working with the Godfather of Hip Hop,” says Fantastic Negrito. “I am such a fan of his work. He is, and has always been so original. Light years ahead of what everyone was doing. I think people are just catching up with the genius of E-40.
“You have to be familiar with E-40’s work to understand the title ‘Searching for Captain Save a Hoe.’ For those who are not, I was reversing the role in the original “Captain Save a Hoe” – The character Captain Save a Hoe was reformed and became a savior of men, and in the new song I am searching for him. I wrote the song from the perspective that I am the ‘hoe.’ Me and my fellow man. Because culturally we refer to women as ‘hoes’ when in fact we are the biggest hoes in the world.”
HAVE YOU LOST YOUR MIND YET? stands tall as Fantastic Negrito’s most far-reaching work thus far, fusing elements of hip-hop, R&B, funk, soul, and rock ‘n roll into an incendiary synthesis all his own. Inspired by and reminiscent of the socio-political albums coming from black America in the late 1960s and into the 70s, the album sees Negrito exploring the struggle and complexities of mental health issues while continuing his long running lyrical examination of America’s increasingly broken social and political state of affairs.
STREAM HAVE YOU LOST YOUR MIND YET?

Though known far and wide as a gifted bluesman, Negrito shows off his extraordinary musical versatility on such extraordinary tracks as “I’m So Happy I Cry” (featuring vocals from Tarriona “Tank” Ball of New Orleans’ Tank and the Bangas), “How Long,” and “Chocolate Samurai.” The latter track is currently ascending a

t US radio following a spectacular #PlayAtHome performance on CBS’s The Late Show with Stephen Colbert. As urgent, desperate, and volatile as the times we live in, HAVE YOU LOST YOUR MIND YET? more than affirms Fantastic Negrito as one of American music’s most vital and provocative artists, no matter the genre, of this or any era.
WATCH “I’M SO HAPPY I CRY” FEAT. TANK OF TANK AND THE BANGAS
WATCH “HOW LONG”
WATCH “CHOCOLATE SAMURAI
(LIVE ON THE LATE SHOW WITH STEPHEN COLBERT)”
As if all that weren’t enough, Fantastic Negrito is currently featured in the Rock & Roll Hall of Fame’s remarkable new social justice exhibit, “It’s Been Said All Along: Voices of Rage, Hope & Empowerment.” The exhibit – which spotlights how musical artists throughout the years have channeled the power of rock & roll to respond to racism – includes Negrito’s powerful docu-narrative, “In The Pines (Oakland),” alongside the Gibson guitar he plays in the powerful video.
WATCH “IN THE PINES (OAKLAND)
STAY CONNECTED WITH FANTASTIC NEGRITO:
FANTASTICNEGRITO.COM
FACEBOOK
INSTAGRAM
TWITTER
YOUTUBE