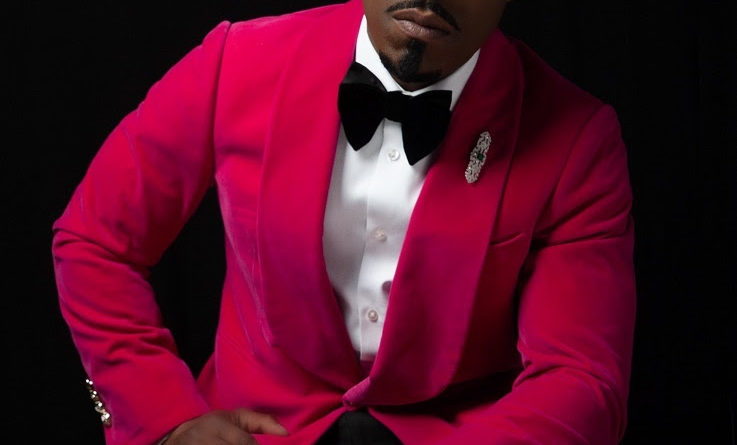 “Living Legend” is led by the romantic buzz single, “Love Song”, written and produced by Omar Wilson, Louis Humphrey, Jasmon Joyner and Edwin Ramos. The single is currently receiving national radio airplay via Music Choice, SiriusXM, PANDORA and a slew of terrestrial radio stations across the country. “Love Song, speaks about the journey of the ups and downs of being in a relationship, but understanding that regardless of what…we are going to make it happen and hold each-other down,” mentions Omar.

On “Living Legend“, soul-music aficionados will be treated to full-course experience filled with the classic and familiar sounds from yester-year, blended-in with some of today’s hip-hop and R&B flow, sprinkled with love and passion, while wrapped-up in the soulty and raspiness of Omar’s voice. “This project was a year in the making and I wanted to make certain that this album embodied organic truisms of music from the greats of yesterday, while keeping it real for the listeners of today. I wanted this album to showcase the remarkable vocal prowess that Omar is quite unique in delivering. Living Legend will stand the test of time,” says Lou Humphrey – CEO of BSE Recordings.

A few highlights on “Living Legend” includes the introductory song, “Find A Way”. A hard hitting soulful blues song where the movement is reminiscent of classics done by great artists like Aretha Franklin. It’s a story about my up-bringing, watching my families struggle, inspired me to “Find A Way” out of the struggle. The Song “96”, is a Pop/R&B radio-friendly mid tempo song co-Written by R&B Legend Keith Sweat. “96” is about a man in a relationship asking his lady to go back in time to the beginning when the romance was brand new. Then of course there is the rendition of, the classic “It’s A Man’s World”, originally recorded by The God-Father of Soul, James Brown, “I recorded this song with Al Green’s original Hi Records Band in Memphis, TN at Royal Studios. It was a moving experience and a highlight in my career,” adds Omar. “The One”, is a sultry and sensual song with a nostalgic feeling of Marvin Gaye that also embodies various dance elements such as salsa and two-step. This album also includes my latest single “Love Song”, a mid-tempo R&B Groove dedication that confesses the greatest love a man could have for a woman.

ABOUT OMAR WILSON
As a three-time Apollo Amateur Night winner, Omar Wilson is no stranger to the music scene. He has been able to grace stages abroad opening for the like of Boyz II Men, Justin Timberlake, The Neville Brothers and others. His music speaks to his own personal experiences growing up in an urban environment bridging the gap between Hip-Hop and Soul. Growing up 30 minutes from New York City, church members at the Calvary Baptist Church in his hometown noticed his ability to have a spiritual impact through his singing at the young age of seven years old. While performing regularly in New York, fans gravitated towards his unique, gritty vocals. It was at that point that Omar realized what he was born to do, Soul Music. Omar was named Best R&B Male of the Year for two consecutive years at the Underground Music Awards. He has worked and written with Multi-Platinum selling recording artist Angie Stone and DMX featuring them on songs he wrote. Angie Stone was quoted saying “Working with Omar Wilson came naturally and he is one to watch!”. A few years back, Omar released the single, “Faith” featuring DMX.

Omar’s voice and personality is contagious. He leaves a long standing impressions wherever he goes, wherever he sings and with whoever he meets. Last year, Omar Wilson reached the #1 spot on the Amazon.com R&B Charts with his rendition of the classic, “It’s A Man’s World”, maintaining the position for three consecutive weeks. Omar Wilson also made his Essence Music Festival debut in 2018 to rave reviews. In early 2019, Omar received his first NAACP Image Award nomination for Outstanding New Artist at the 50th Annual NAACP Image Awards. The remarkable accolade was for his interpretation of the Sam Cooke classic, “A Change Is Gonna Come”.

Omar Wilson’s debut album, “Living Legend“, will be released on March 22, 2019, under the Orchard/Sony/BSE Recordings imprint.