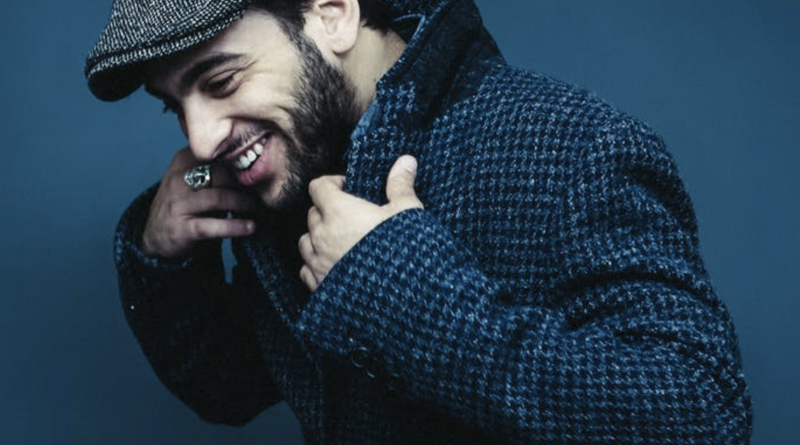 DJ Platform Video
February 22, 2020 rgarcia Feb 28), Samora Pinderhughes To Debut 'Grief' | Musician & Activist Headlines Jazz is Dead's Black History Month Event (Fri
SAMORA PINDERHUGHES
‘GRIEF’
Musician & Activist To Debut New Project
Friday, February 28 in Los Angeles Show
Final Performance of Jazz Is Dead’s Black History Month Concert Series
Presented In Conjunction with Chamber Music America,
Unbound Philanthropy & Common’s Nonprofit Imagine Justice
Benefitting The Florence Immigrant and Refugee Rights Project
‘Grief’ by Samora Pinderhughes, performed by Samora Pinderhughes and Friends has been made possible with support from Chamber Music America’s ‘New Jazz Works’ program funded through the generosity of the Doris Duke Charitable Foundation. Samora received CMA’s 2020 Visionary Award.
Musician & activist SAMORA PINDERHUGHES will debut Grief at his first ever headline Los Angeles show on Friday, February 28 at The Echo. The performance will be the final show in Jazz Is Dead’s Black History Month Concert Series. The Juilliard-trained pianist/vocalist and Common & Robert Glasper-collaborator (watch him perform during the August Greene NPR Tiny Desk HERE) will be joined by friends including Elena Pinderhughes, Burniss Travis, Marcus Gilmore, special guests Eryn Allen Kane, Aja Monet, Elliott Skinner and more. For additional information on the free show, visit: http://www.artdontsleep.com/2020/01/06/jazz-is-dead-thank-you-party-w-samora-pinderhughes-and-friends.
Grief was commissioned by Chamber Music America and seeks to convey the feeling of the “emergency moment” we find ourselves in at the start of 2020. Specifically, Grief is a response to the condition of asylum-seekers in detention, and is inspired by Nina Simone and Bob Dylan and other musicians whose records give you “a picture of the times they were living in.” The show will benefit The Florence Immigrant & Refugee Rights Project–a nonprofit organization providing free legal and social services to women, men and unaccompanied children in immigration custody in AZ–and is presented in conjunction with non-profit organizations Unbound Philanthropy and Common’s nonprofit Imagine Justice. Unbound Philanthropy is an independent private grant-making foundation that works to ensure that migrants and refugees are treated with respect and engage with their new communities, and Imagine Justice advocates for criminal justice reform.
Samora has increasingly sought to inspire solidarity among communities dealing with different oppressive circumstances, particularly around immigrant detention and mass incarceration – seeing the similarities both in lived experience and structurally within the carceral state. He notes, “I brought Unbound Philanthropy and Imagine Justice together to co-present the show and The Florence Project to be beneficiary of funds raised as a symbolic way to unite the fights against mass incarceration and mass detention/deportation.”
Regarding The Florence Project, he adds “The work that Florence does in providing free legal services is honestly life-saving. It is so cruel that, on top of putting undocumented people in cages, we as a country don’t provide them with even public defenders. So many people lose their cases or are taken advantage of simply because they can’t afford a lawyer. Your donations to Florence are allowing people to possibly rejoin their families and escape the horrific conditions of the detention centers.” For more information on why Pinderhughes chose to support The Florence Immigrant and Refugee Rights Project and to donate, click HERE.
Samora is also a member of Blackout for Human Rights, the arts & social justice collective founded by Ryan Coogler and Ava DuVernay, Watch him discuss his activism and “Why artists are responsible for moving society forward” via PBS Newshour: https://to.pbs.org/38ErfZf.
This year, Pinderhughes began his PhD at Harvard University in the Creative Practice and Critical Inquiry program under the direction of Vijay Iyer, and he recently performed at the first ever Sounds of Saving “Feedback Session” at New York City’s National Sawdust. In addition to the performance, the event featured a roundtable discussion between artists and the audience, focusing on their own struggles with mental health issues, and inspired by Samora’s single “Inertia.”
Look for much more from Pinderhughes in 2020, leading up to his headline Carnegie Hall show, set for May 2021.
PBS NEWSHOUR
Watch Samora Pinderhughes Discuss ‘Why artists are responsible for moving society forward’