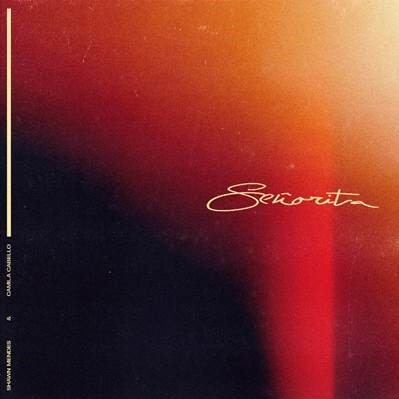 August 26, 2019 – GRAMMY nominated, multi-platinum singer/songwriter Shawn Mendes becomes the first male solo artist to hold the #1 and #2 spot at Top 40 Radio as his joint single, “Senorita” with GRAMMY nominated Cuban born multi-platinum singer/songwriter Camila Cabello continues to amass global success by nabbing the top spot on Billboard’s Hot 100 Chart.  The song was released in June via Island Records where it achieved instantaneous success worldwide rocketing to #1 on Spotify’s Global chart as the biggest single-day debut of a male/female duet ever. The song currently has over half a billion YouTube views to date. Other notable chart #1s include the Spotify US Chart, iTunes chart in 95 countries, Apple Music Pop, Global, and Top Videos, as well as Pandora Top Spins. To date, “Señorita” has already garnered over 1.4 billion combined streams and is the second fastest song in history to surpass 100 million streams on Spotify, achieving this in just under 11 days. Shawn’s single “If I Can’t Have You” has also hit #1 on Hot AC.

Shawn’s single “If I Can’t Have You” also reached #1 at Hot AC Radio, his 5th #1 at the format and #2 at Top 40 Radio.  Upon release earlier this summer the song debuted at #1 on iTunes and #2 on the Billboard Hot 100 chart. It marks Shawn’s solo biggest debut to date with more than 30 million streams globally on the first day.  Shawn is the first male solo artist ever to simultaneously hold the #1 and #2 place on the Top 40 chart, and the first artist to do so since OutKast in 2004.

At 22 years old, Camila Cabello is the youngest person to earn two #1s on the Hot 100 since Justin Bieber in 2017 and the youngest woman since Rihanna in 2010. Camila is currently the most listened to female artist in the world on Spotify and just broke the record for the most monthly listeners for a female artist in Spotify history. She is the first female artist since Adele to triple up atop Billboard’s Hot 100, Billboard 200 & Artist 100 charts. “Señorita” marks Camila’s 4th #1 at Pop radio and her 2nd Hot 100 #1.