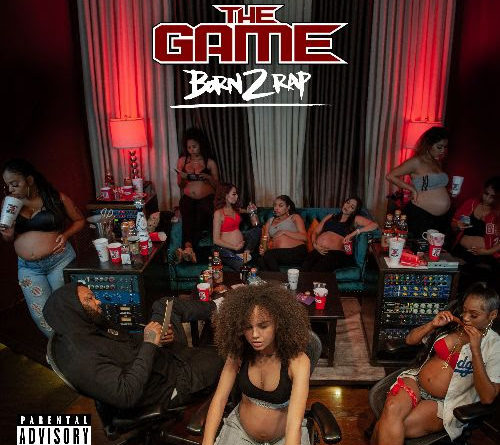 The Game exclaims, “I promised another classic and my day 1 fans know what it is. I will not disappoint!!!! I’ve had a great run and surpassed my rap goals a long time ago. It’s by God’s grace that I’m able to still be here to deliver full projects at this caliber in an industry where I’ve seen artists come and go. It will always be “QUALITY” over “QUANTITY” from where I stand. The REAL music will always prevail and this album will cap off an amazing run. 24 tracks because   @kobebryant is my all-time favorite player and has been a friend and inspiration to my career, so I saw it just to pay homage to the GOAT. I’m grateful for all the producers and artists who’ve helped this album become what it is and I am more excited for my fans than I am for myself. This album will go #1….because it’s CLASSIC!!!”

The Game’s current single “Stainless” featuring Anderson .Paak became the #1 Most Added song on Rhythmic Radio debut week and the music video was a Top 20 Trending video in the U.S. on YouTube reaching 1 Million plays within 24 hours.

Born 2 Rap follows The Game’s 1992 album (2016) that debuted #1 on Billboard’s Top Rap Albums and Top R&B/Hip-Hop Albums chart, making it his 8th consecutive release to debut #1 on both charts.

ABOUT THE GAME:
Born Jayceon Terrell Taylor, two-time GRAMMY® Award-nominated multiplatinum Compton rapper, songwriter, producer, actor, and entrepreneur The Game locked down a place in the pantheon alongside greats of both coasts by a combination of bar-for-bar bravado, provocative observation, hard-hitting hooks, and sharp introspection. On November 29th, 2019 the Prolific rapper will deliver his 9th album fittingly titled, Born 2 Rap.

2018 saw a trio of recent singles achieve RIAA certifications with “100” [feat. Drake] platinum and “El Chapo” with Skrillex and “All Eyez” [feat. Jeremih] both gold as his total stream tally exceeded 3 Billion across platforms. Television and film credits span everything from Jimmy Kimmel LIVE! and Larry King to Hell’s Kitchen and the upcoming All-Star Weekend directed by Academy® Award winner Jamie Foxx and co-starring Robert Downey, Jr. and Benicio del Toro. Not to mention, he sparked successful ventures in the world of legal cannabis with his Trees by Game brand, The Reserve dispensaries and partnerships with GFarmaBrands, among other launches.

The 2019 powerhouse lives up to the promise of his forthcoming album’s name especially on the street single “West Side,” and Anderson .Paak featured “Stainless,” where his rapping remains as on point as ever.