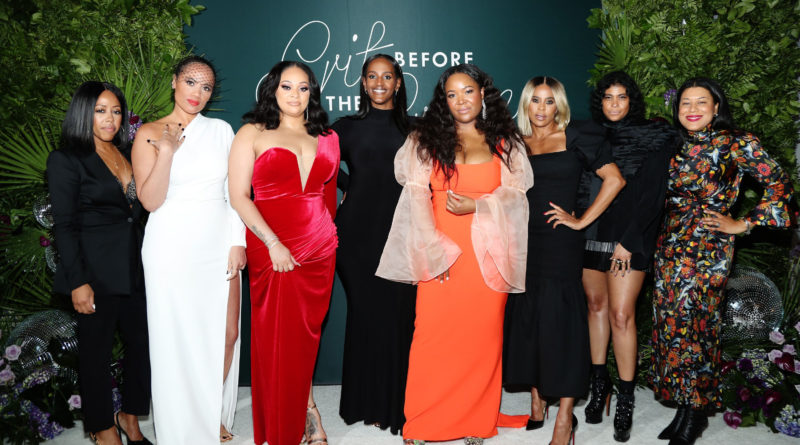 THE VANITY GROUP HOSTS INAUGURAL
GRIT BEFORE THE GRAM: THE SOUNDTRACK OF OUR SOLIDARITY

THE NIGHT CELEBRATED THE INFLUENTIAL BLACK WOMEN BEHIND THE MUSIC DURING 2020 GRAMMY AWARDS WITH SYLVIA RHONE, ETHIOPIA HABTEMARIAM, LAURIEANN GIBSON AND MORE

LOS ANGELES, CA – January 24, 2020 – GRIT BEFORE THE GRAM: THE SOUNDTRACK OF OUR SOLIDARITY kicked off the 2020 Grammy Awards with 150 of the most notable and game-changing women in music gathering in The West Hollywood Edition, Los Angeles to honor Black women across the industry–the luminaries, savants, creatives, and change agents–who push limits, raise the bar, and make the music business go round.

GRIT BEFORE THE GRAM is an annual event that takes place during the Grammy Awards. Each year, select women in the music industry will be recognized and many more will gather together to collectively celebrate achievements, pay homage, and unite in sisterhood. This year, GRIT BEFORE THE GRAM brand partners included Unilever haircare brand, EMERGE, GOOGLE PIXEL and H&M.

ABOUT THE VANITY GROUP
The Vanity Group is a New York-based, highly sought after boutique event production agency specializing in servicing some of today’s most high-profile stars and brands. Since launching in 2013, The Vanity Group has established itself as a trusted source of authority and creativity to individuals, corporations, organizations and brands. Hailed by Forbes as an “innovator” in the world of luxury experiences, Karleen Roy, Founder &  CEO, has worked with some of the most established and respected talent internationally, including: Sean “Diddy” Combs, Justin Bieber, Cardi B, Migos, Chris Brown, Lil Wayne, and a host of major record labels including: Capitol Music Group, Epic Records, Motown Records, Interscope Records, Warner Music, Young Money, and many others. At The Vanity Group, you dream it and their stellar team of production wizards and pop culture mavens will make it happen. To learn more visit www.thevanitygroup.com.