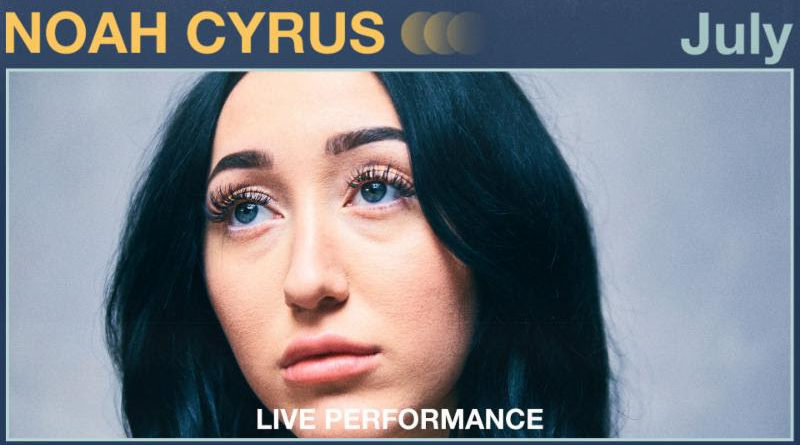 Vevo announces the release of Noah Cyrus’ live performance of “July.” Noah Cyrus’ rose to stardom in 2017 as her debut single “Make Me (Cry)” went viral within hours of release, and has since surpassed 500 million global audio and video streams. The introductory platinum-selling song was met with unanimous praise in the U.S. and abroad, with Dazed calling it a “left-field pop ballad” and Rolling Stone deeming it an “R&B-tinged pop tearjerker.”

Cyrus has become known for “penning honest pop bops as an ode to her independence,” (Wonderland) and her songs have been repeatedly deemed “anthems,’ as she continues to convey reflections on her generation. She has collaborated with an impressive list of her peers including Labrinth, MØ, Marshmello, Jake Bugg and Alan Walker. The 18-year old rising pop star was hand-picked to open for Katy Perry on her 2017 U.S. tour, and recently wrapped her first-ever headlining tour across the US last year as well as being a featured performer at Vevo’s SXSW house. This year she once again made an appearance at Coachella, for the second year in a row, this time joining Alan Walker for “All Falls Down.” Shortly thereafter, Cyrus’ sentimental duet “Team,” with MAX hit airwaves.
Cyrus’ new single “July” is a far cry from her previous trap-pop releases, instead going in a more delicate, country-tinged direction. Cyrus told Billboard that the track is her “attempt at letting go and walking away from the baggage. Even though it’s hard and it hurts, there is something beautiful on the other side.”
“July” is now streaming on all platforms. Keep up with exclusive content from artists all over the world on YouTube.com/Vevo.

Meet the Top 12 DJs advancing to the 2020 DMC/Technics USA DJ Finals! Enjoy this playlist of all 50+ competitors! The judges