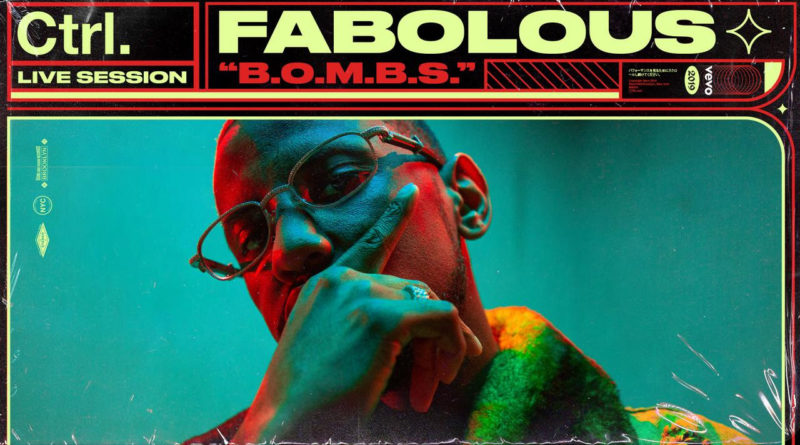 Video
December 6, 2019December 12, 2019 rgarcia Vevo presents Fabolous live performance of B.O.M.B.S.
Vevo announces Fabolous as the next artist in their Ctrl series with a performance “B.O.M.B.S.” premiering today.
Vevo’s Ctrl series highlights the work of hard-hitting, cutting-edge musicians making an impact in today’s music scene – both emerging and established. These artists demand attention, and Vevo’s Ctrl shines a deserving spotlight. Shot in Vevo’s Brooklyn studio, Fabolous’ performance follow sessions from Rick Ross, Common, Rapsody, Jeezy, Jadakiss, A$AP Ferg and more.
Fabolous scored his first big hit, “Can’t Deny It,” right out of the gate in 2001, instantly establishing himself as a rising East Coast rap star with a combination of street-savvy toughness and pop crossover appeal. The Brooklyn rapper (born John David Jackson on November 18, 1977) was one of the first East Coast MCs to embrace the bling mentality of the South as well as the gangsta swagger of the West Coast, all the while incorporating a subtle undercurrent of pop-rap into his music. He was among the first of a new breed of New York City rappers, later and most notably to include 50 Cent, who were able to cross over among multiple markets without losing street cred. His youth was key, but so was his bravado, and when Fabolous could balance this persona optimally and find a production formula to fit, commercial success resulted.