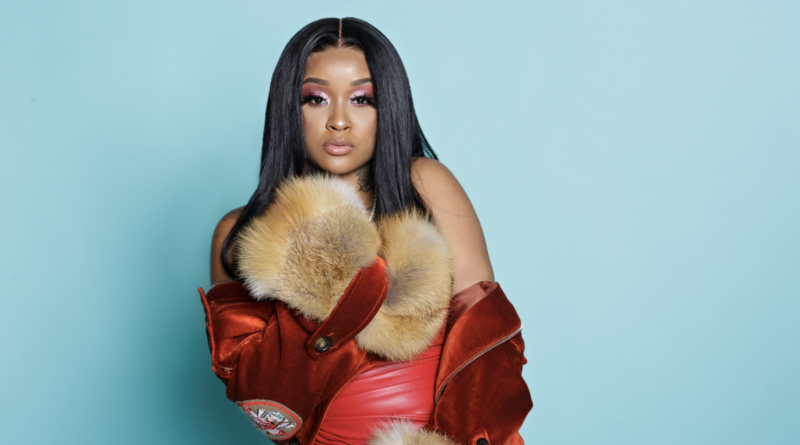 Video
January 22, 2020January 22, 2020 rgarcia Viral Breakout STUNNA GIRL Shares "Runway" Official Music Video
(January 21, 2020 – New York, NY) – After racking up over 20 million streams and hitting the top of Spotify’s US Viral 50, Stunna Girl—one of 2020’s most exciting rising artists—unleashes the official music video for her breakout smash “Runway.”
Watch it HERE.
Premiered earlier today via Complex, the glossy visual shows the budding Sacramento, CA-born superstar take over a fashion show with endless swagger and confidence for days. Alternating between eye-popping outfits, her star-power takes center stage as models walk by while she frantically raps over manic production. Her bars prove just as head-turning as the ensembles, and she proclaims, “Bitch, I look like I’m fresh off the runway.”
About the song, she commented, “‘Runway’ is all about a lifestyle: being confident, sexy, and getting anything you set your mind to.”
As “Runway” continues to put up numbers at an extraordinary pace, Stunna Girl is hard at work on her major label debut EP with Epic Records—slated to arrive soon.
Watch her leap from the runway to the top of the culture in 2020.
About Stunna Girl:
Dripping with attitude and ready to inspire confidence, Stunna Girl is ready for her close-up. “I want you to get off the wall. Don’t just stand there to stand there!” The 21-year-old rapper/singer created a viral frenzy for her 2019 style anthem, “Runway.” After releasing a project independently and inking a deal with Epic Records, she is inevitably poised to be one of Hip-Hop’s most anticipated voices of the new decade. “I’m a threat!” she promises.
Born and raised in Northern California, music offered a refuge from a tragic home life. After dealing with a tough upbringing, which saw her having to balance family problems with her own, she knew that she could draw upon her life experiences as creative fuel. Stunna Girl came out of the other side with a newfound sense of confidence and focus, diving headfirst into fulfilling her longstanding musical dream. In 2019, she became a major player in the local Sacramento music scene and made waves with her independent debut album, YKWTFGO. When the #RunwayChallenge organically exploded on TikTok, she inspired a viral movement facilitated by millions of videos by fans and influencers such as Nikita Dragun, and more. The song proved so gripping that by the end of the year, TikTok proclaimed her as the fourth top artist on the platform for the year, behind only Lil Nas X, Mariah Carey and Lizzo.
Her nimble raps, fearless rhymes, and unapologetic spirit went on to receive attention from TIME, BuzzFeed, The New Yorker, Teen Vogue and more with Pitchfork saying that there is “no question that women especially may find her confidence genuinely empowering.”
As she told Genius for their coveted Verified series, she freestyled “Runway” in 30 minutes with the intention of creating a motivational anthem. “When I was in the studio, that’s how I felt. Like, ‘Bitch, you look like you’re fresh off the runway. I really just wanted to keep making music that got people to move.”
Now, with her major label debut EP on the way, she’s about to shine like never before in 2020.